Prodegee > The Dashboard > Types of Data

Assumptions help define a set of scenarios that fall beyond the control of the decision-makers.

The best approach is the use of lists, allowing users to chose between two or three different scenarios such as low, medium and high. 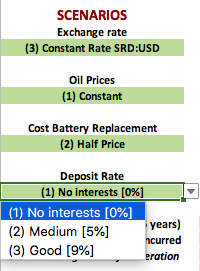 Performance variables are based on the expected performance of the entity or project. They constitute variables that can be influenced through strategic planning and efficient management, but not decided.

Examples of performance variables are: future sales, number of customers, effective life of the equipment, trend in wages and salaries.

It could also define a pattern of how such sales are expected to evolve. In this regards Prodegee allows to define patters that do not expect sales to progress linearly or exponentially.

For example, the above pattern defines an initial increase in sales, which then attain a maximum level, start decreasing to then become stagnant. It could be a pattern reflecting an initial success, then an increase in competition that brings sales down, leaving only loyal customers, which leads to stagnation.

Performance values can also be entered as specific values in cells.

Strategic decisions are the ones to be set by the decision-makers. Prodegee is specifically designed to help optimise strategic decisions, based on a set of scenarios defined by the assumptions and the correct identification of those areas in which it is most important to attain the required levels of performance.

When analysing the entire power sector of a country, such decisions are taking into account the type of technologies to be used, the level of renewable energy penetration, etc.

For the design it is usually better to use lists because each design will entail a set of values that correlate to that given design to be entered in different places.

For example, in Prodegee, a renewable energy penetration rate is not an input but the intermediate value obtained as a result of a set of future generation projects, if the investments went ahead. Therefore, it is better to define a target such as “50% renewable by 2025” and then, when the option is chosen from the list, activate all the power generation projects that could help attain such value by such time. Another performance target could be 30% by 2025, which then could activate less renewable energy generation projects, as see how this other performance value affects financial statements of the entire power sector and of each of its stakeholders.

Values are generally entered as numbers in cells, thus allowing financial statements to be projected for each given value. 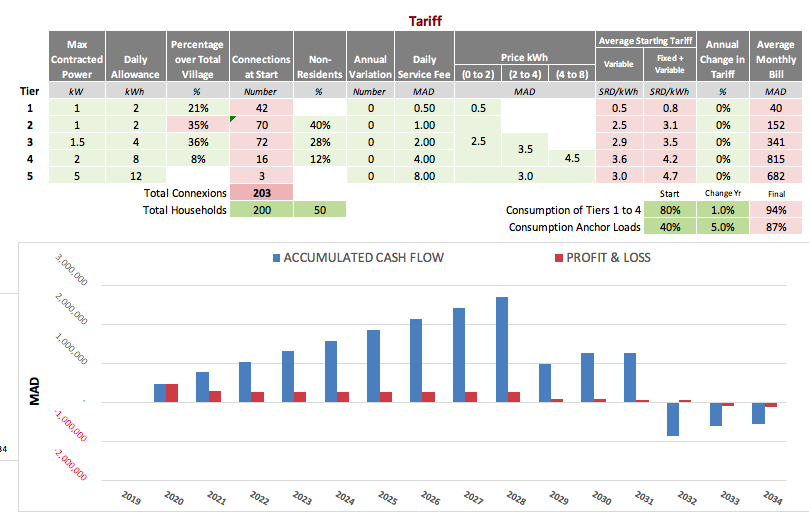 I typically use Dashboards when presenting data to high profile officials, such as when having to show the secretary of a ministry or the power regulator the optimal tariff thresholds for each given scenario.